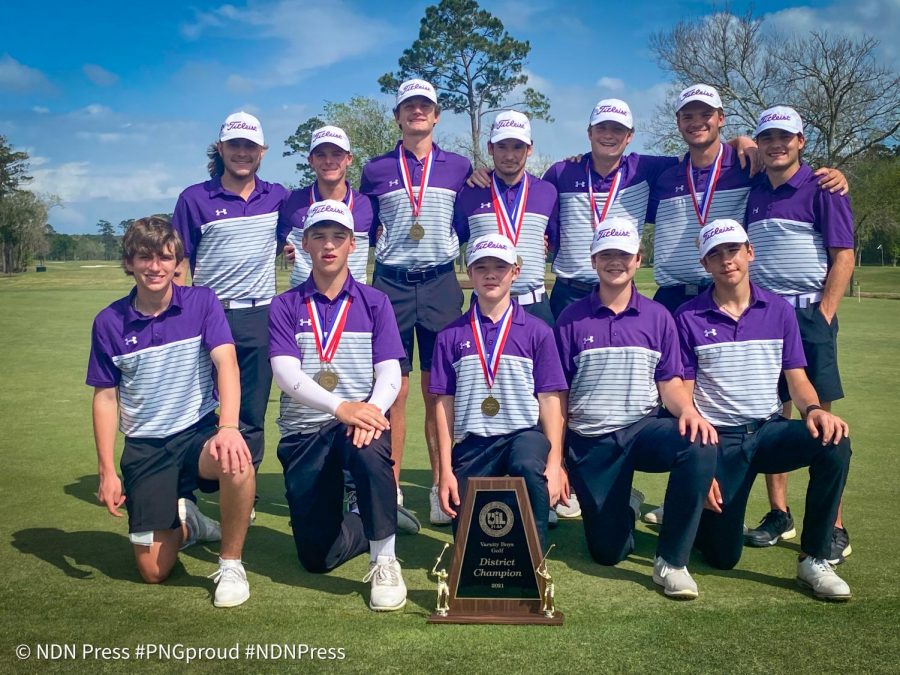 One of two PN-G varsity boys golf teams capped off the two-day, two-city District 21-5A tournament by repeating with the lowest score, securing the championship Tuesday at Eagle Point Golf Club in Mont Belvieu.

PN-G’a Team I of Jason Adams, Braden Broussard, Devin Galloway, Blake Gauthier and Dalton Shields topped all teams with a two-day score of 689 in very windy conditions. The team ended Day 1 with a 337 on Monday at the Beaumont Country Club, followed with a 352 today.

PN-G’s Team II finished fourth overall with a 738 (366-372). The team was fielded by Michael Blotner, Evan Klutts, Lake Edwards, Cyrus Griffin (who withdrew Tuesday because of an ankle injury), and Blake Makelki.

Other teams playing in the tournament were Barbers Hill and Crosby — who also fielded two teams — Nederland and Galena Park.

PN-G’s Team I qualifies for the Regional Tournament, which is scheduled for April 22 & 23 at The Golf Club at Texas A&M.

The Regional Tournament is scheduled for April 21 & 22 at The Golf Club at Texas A&M.