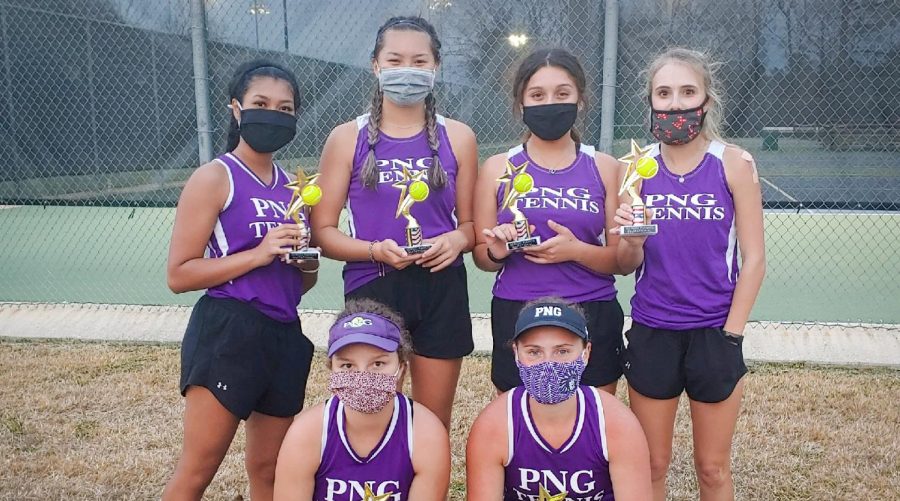 All levels of girls tennis ended the week at, or near, the top of their respective tournament matches at the high school courts.

Freshman Julia Jordan and Kinsey Tran took first place in the doubles bracket in the Freshman/JV tournament on Thursday.

Kaytlynn Schexineder and Alora Salihu completed medaling for the day, taking second in the doubles bracket.